The woman behind the counter looked very perplexed. Brian Tolbert and I tried to explain what we were doing in the middle of Wyoming, in October, on bikes with a bunch of gear and fishing rods strapped to them. A comment made by Brian’s mom a few days prior rang through my head as Brian explained the details of our trip to the cashier, “you guys have more fitness than brains” his mom had said. Maybe she was right, but we were having a heck of an adventure.

As an avid fly fisherman, and a former pro bike racer, the trip was Brian’s idea. Back in the middle of the summer, we had been talking about what we would be doing at the end of our running season, after both of us finished some big running projects. He casually tossed out that we should try to do something called the “Wyoming Cutthroat Slam” on bikes.

The Cutt Slam was developed by the Wyoming Game and Fish Department as a way to increase appreciation of Wyoming’s native trout and build support for their management programs. There are four native subspecies in Wyoming: the Yellowstone, the Snake River, the Colorado, and the Bear River. To complete the slam, you must catch one of each of the fish, snap a photo, and let the WGFD know. Brian was excited to add a twist to the standard Cutt slam by trying to do it both by bike, and, over a weekend. 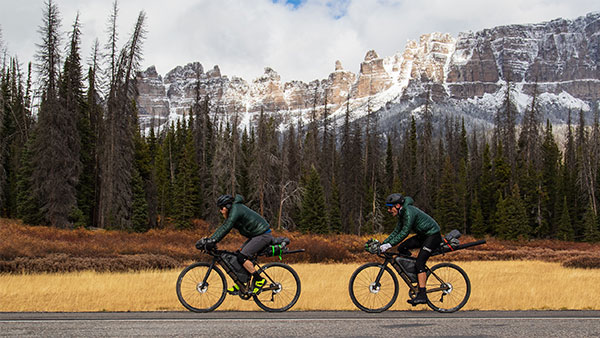 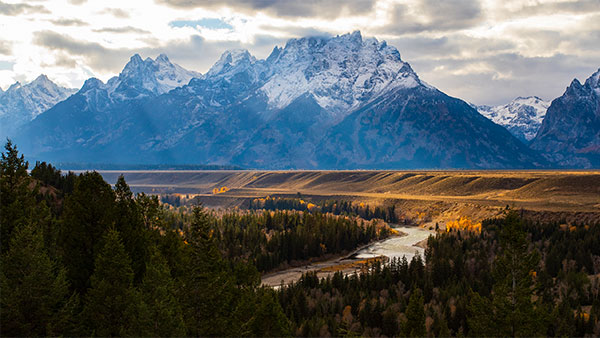 At the time it sounded like a great idea. After a long season of running and training it would be good to mix it up with some biking. I hadn’t ever done any bike packing but was confident that I could manage. I also didn’t think that the fishing would be too terribly difficult, even though I have done little and have never had much luck fly fishing. I could rely on Brian; he had a ton of experience with both biking and fishing.

A few months later, and I find myself trundling through thick downfall covered with a dash of fresh snow and a heavy frost. I am wearing an odd combination of waders, Chaco sandals, and a puffy coat. I have a fly rod in my hand and bear spray strapped to my waist belt. I can hear Brian just off to my left doing battle with a fallen pine tree. It has been a couple hours since we left our bikes and set out to catch the first subspecies of cutthroat, the Yellowstone, and we haven’t been near more than a trickle of water for over an hour. Having snowed overnight, the temperatures hover in the mid-twenties. We eventually do make it a stream large enough to fish, and I spend the next hour untangling my line from the various types of vegetation lining the banks.

We work our way downstream as the temps slowly creep up, and as I am preparing to tell Brian that we just need to bail, he catches a beautiful Yellowstone Cutthroat. I wade in next to him and with some coaching also catch one. We pack down our rods and begin the 3 miles bushwhack back to the bikes. Just before 1 pm we get back to the bikes amidst a short but intense snow flurry. We change out of waders and Chaco’s and into bike shoes and padded shorts. The puffy coats remain. 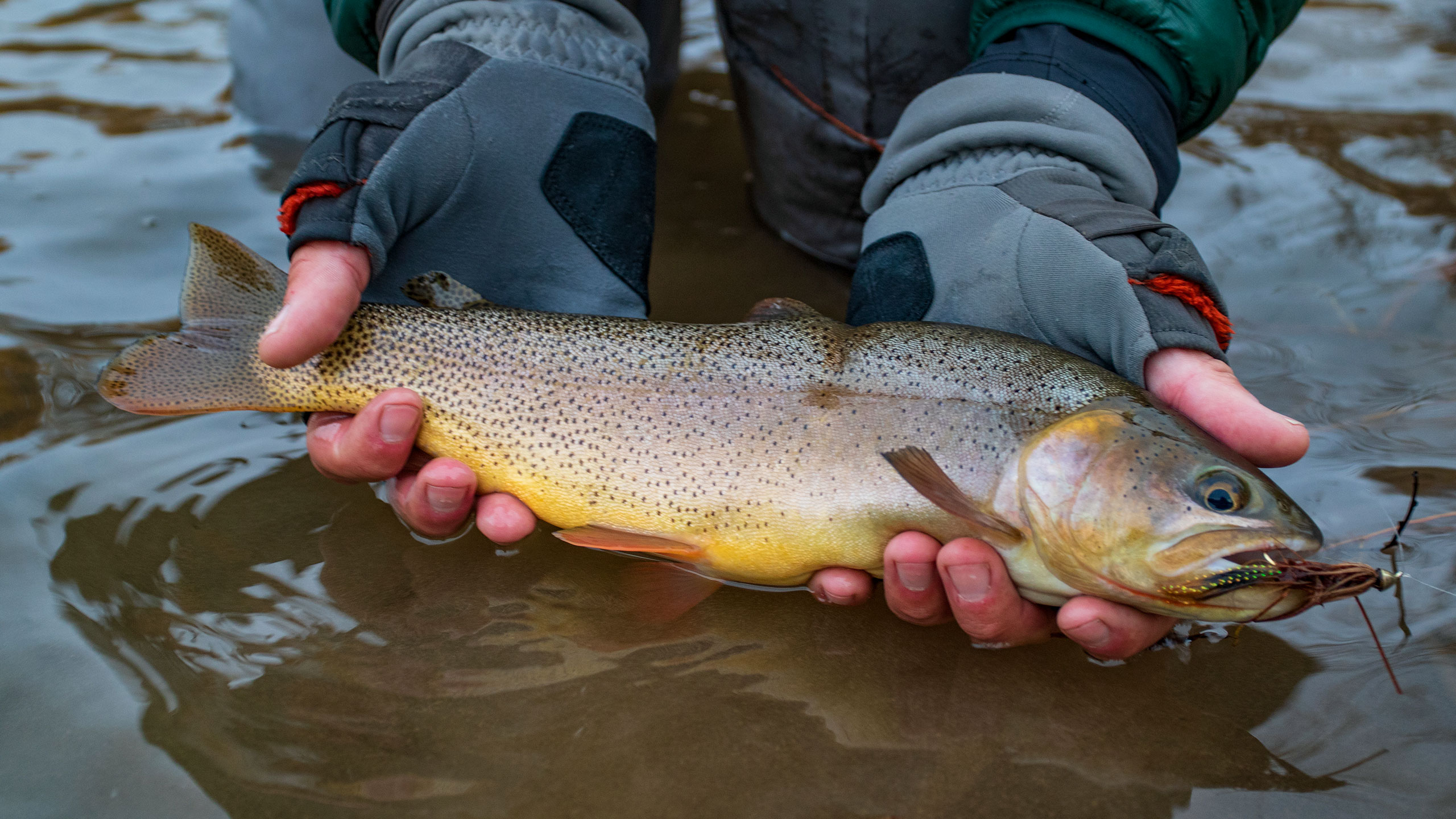 It felt good to be on the bike. The first few miles flew by as we descended back to the main road, then quickly ground to a crawl as we climbed towards the top of Togowotee Pass. At the top we bundled up for a long chilly descent towards Grand Teton National Park. It was a good thing too. The near freezing temps took some of the fun out of the rapid descent as any exposed skin rapidly froze. It was then things really started to unravel.

Both of us had spent all summer running and very little time on bikes. To a certain point you can fake it, but after five hours on the bikes we started to crack. At a particularly scenic pull out I stopped and slid off the bike amid waves of low back spasms all while surrounded by a busload of tourists taking in the majestic Tetons as the sun dropped behind them.

With the very last of the day’s light, we rolled down the main streets of Jackson Hole. Per our original plan, another 25 miles of biking remained. The combination of sore backs, achy butts, cold, and dark lowered our will to continue and we hitched a ride out of town towards Bondurant, Wyoming. 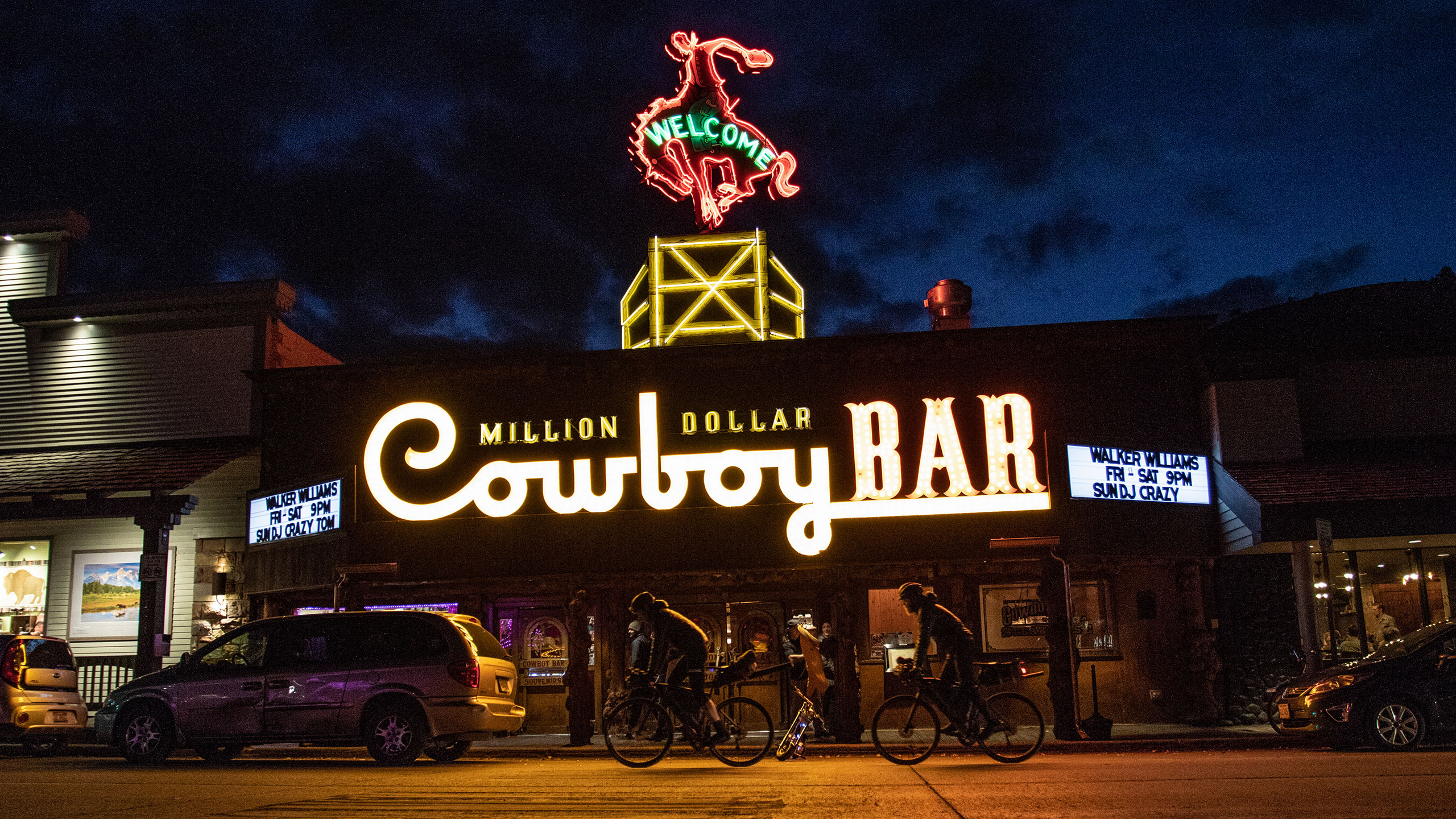 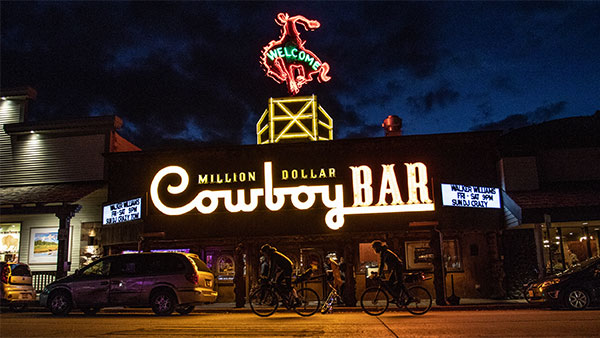 At first light the next day, we crawled into frozen waders and got to work trying to catch a Snake River Cutthroat. Brian made quick work of catching the first fish of the day and managed to catch several more before I caught anything. The minutes ticked by and eventually I caught the needed fish. Two down, two to go. Our plan was to cover more than 250 miles on the bikes and catch all 4 fish in 2 days. We crawled on the bikes a few hours into the second day, staring at more than 150 miles of riding and two more fish to catch. It was clear that the Cutthroat didn’t care about our plans. 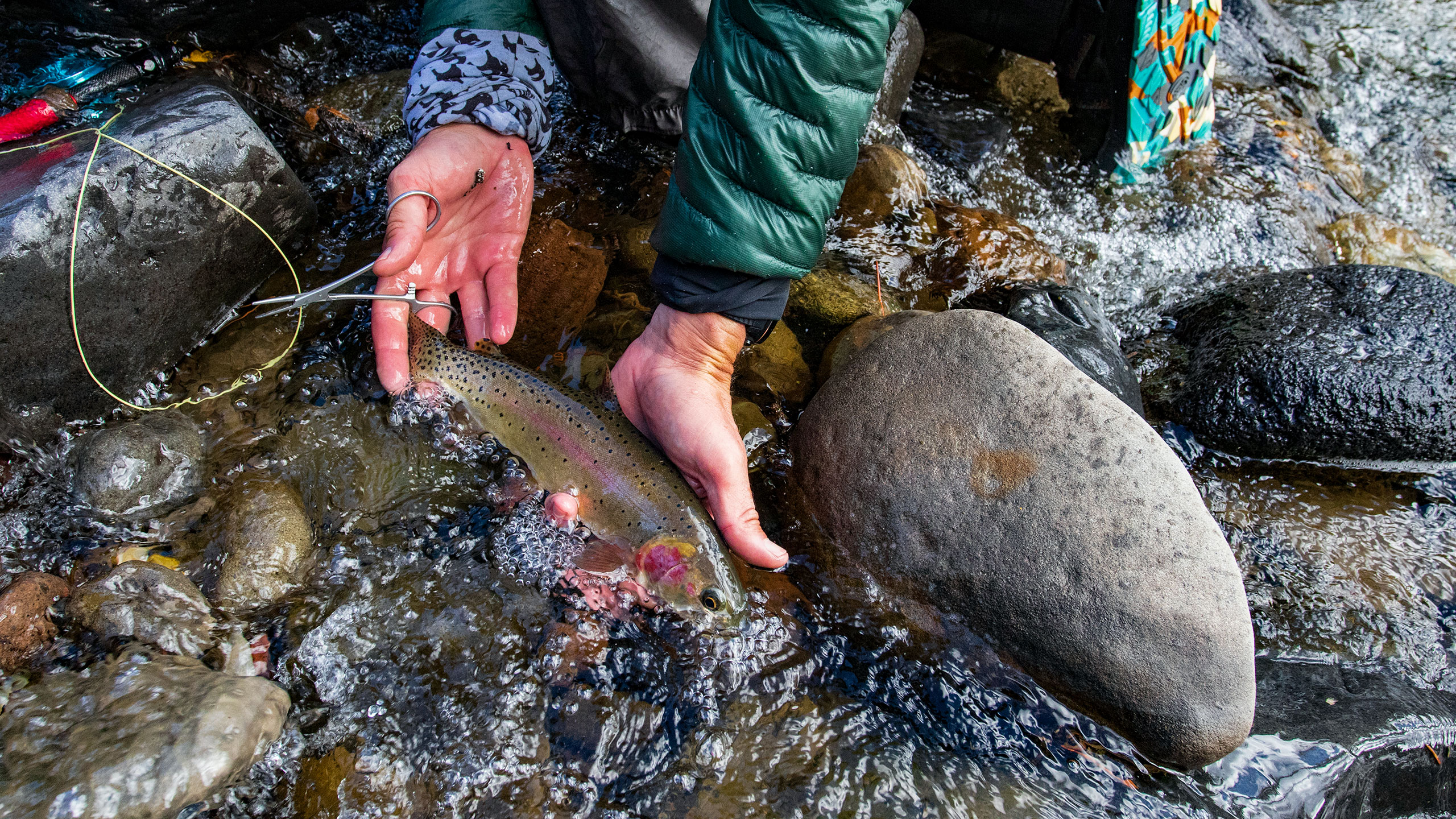 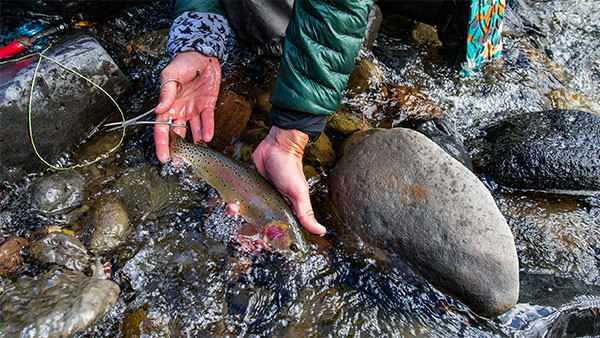 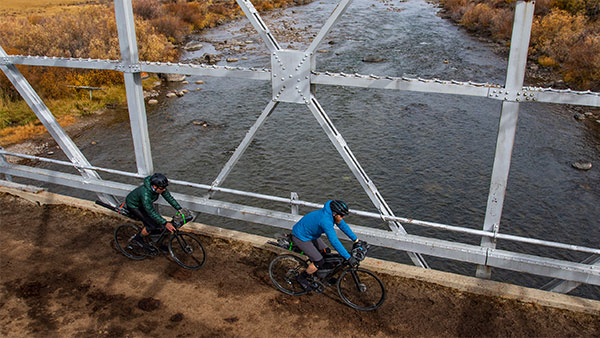 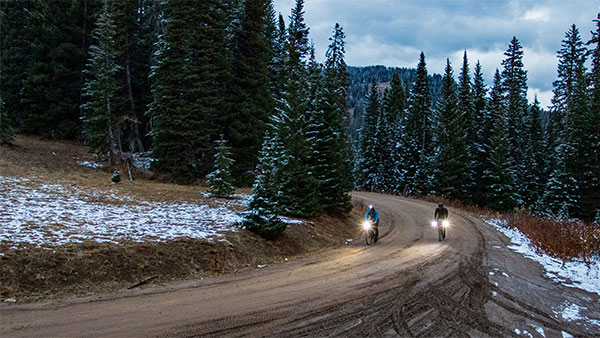 A few hours of pedaling put us in the convenience store loading up on calories and trying to explain to the clerk what we were doing. She outright laughed at our idea and wished us luck as we crawled back on the bikes. The wind blew into our face for hours and the miles did not come easy. When we finally arrived at the next stream, the one that held the Colorado Cutthroat, we only had a few hours of daylight left. Despite our best efforts the fishing again proved difficult. We split up working in different directions up the stream. For the first, and what would be the only time of the trip, I caught a Cutthroat without any coaching or guidance from Brian. It was exhilarating, and it gave me a taste of why people love fly fishing so much. 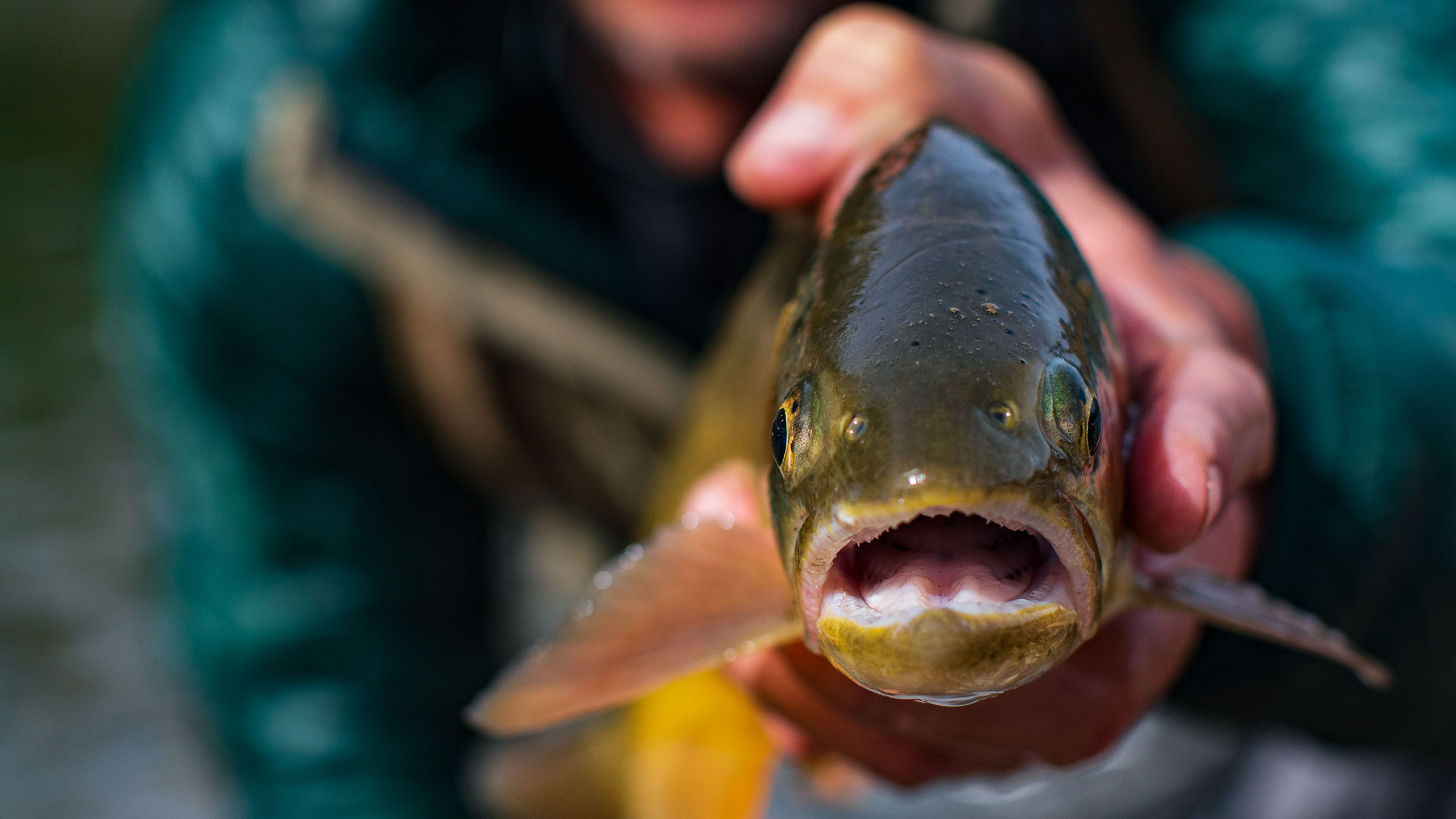 While we stripped out of waders and sandals, we looked failure in the face. We had a lot of miles to ride, and not much daylight to ride them. One fish remained, and it was on the other side of the mountain range from where we now were. Stubbornly we got back on the bikes and slowly pedaled up the gravel road. An inch of snow covered the road at the top of the divide. It was after sunset, and little light remained. Odd looks from passing vehicles full of camo clad hunters had us chuckling at the absurdity of the situation. Finally at the top we layered up and clicked on lights for the bone rattling, washboard descent, while darkness closed in around us.

By the time the stream holding the final Cutthroat, the Bear River Cutt, was deep enough to fish it had been dark for more than an hour. It was well below freezing and we knew that our grand idea was more of a grand failure. Despite the odds we pulled waders over our cycling clothes, actually over all the clothes we had with us and we ventured into the water hoping to catch a fish looking for a midnight snack. I spent the next several hours cursing at all the willows I was catching and the various flies I was losing. With numb hands and feet, I succumbed to the idea that there would be no final fish. I went to look for Brian who had had the same luck and was also willing to throw in the towel.

As we stripped out of wet gear and loaded bikes onto the bike rack of Brian’s truck I couldn’t help laughing out loud. A whole lot of pedaling, a bit too much time fishing, and a fair amount of self-imposed suffering added up to a fantastic weekend. We failed to accomplish our goal but succeeded to push ourselves deep into the special place reserved for folks with more fitness than brains. 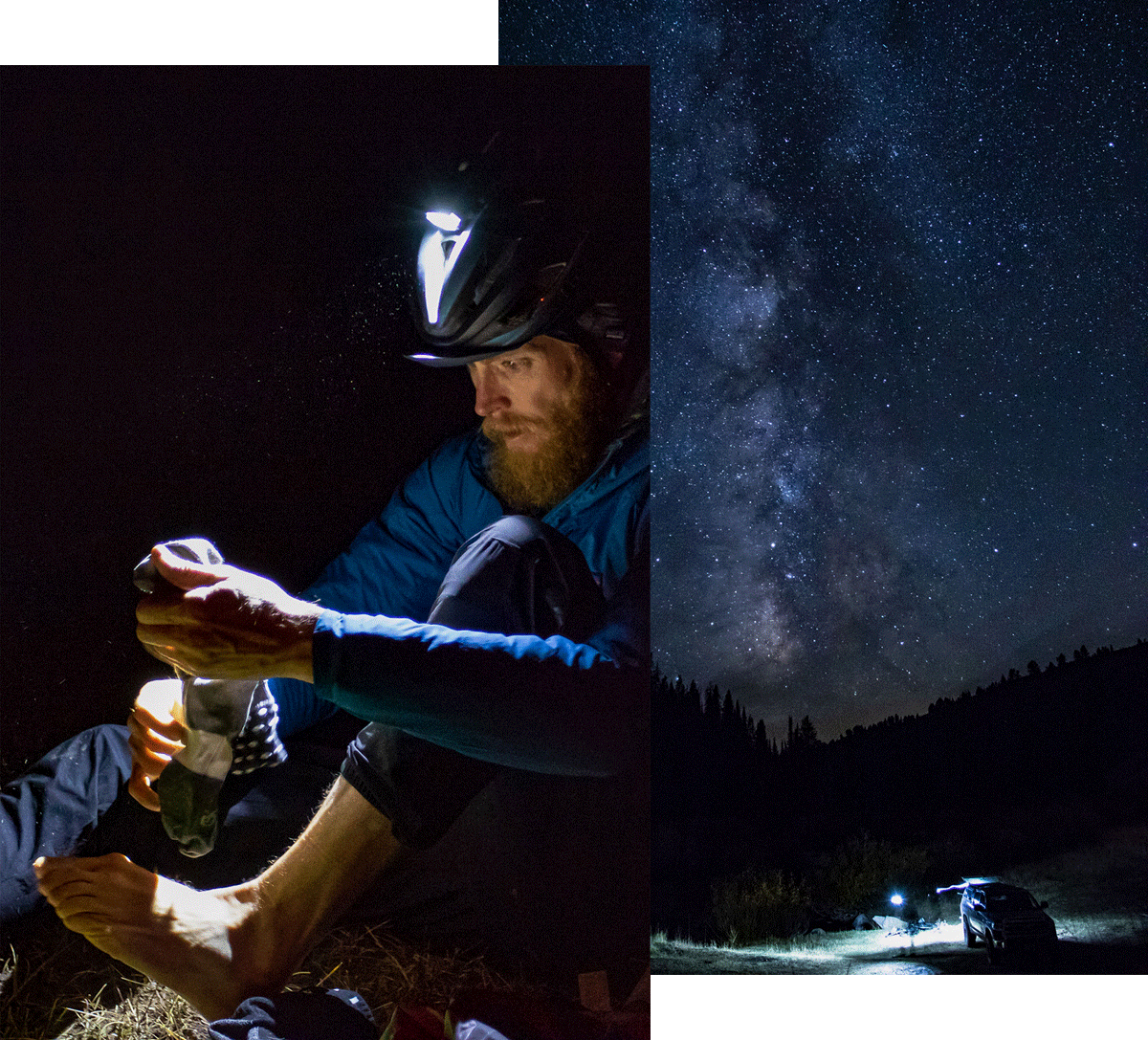 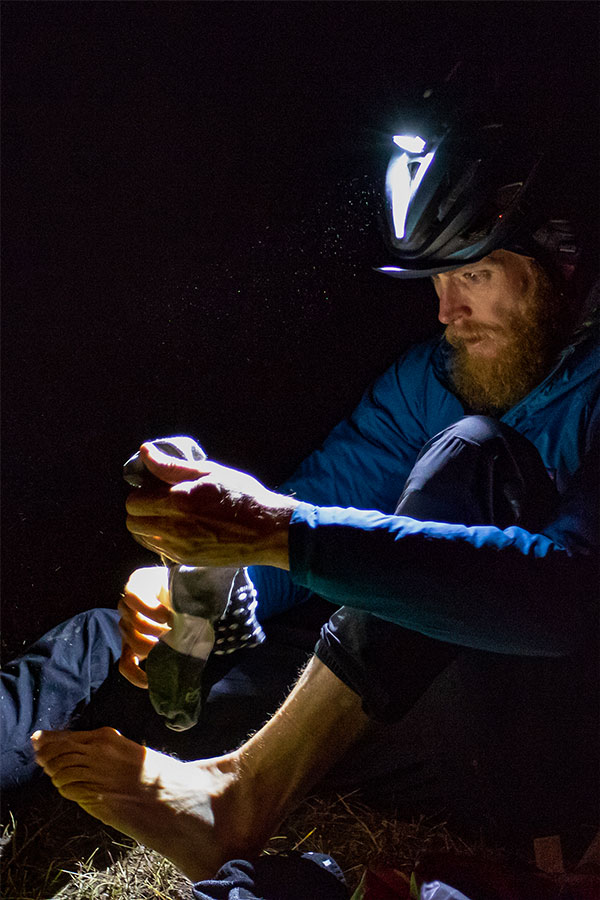 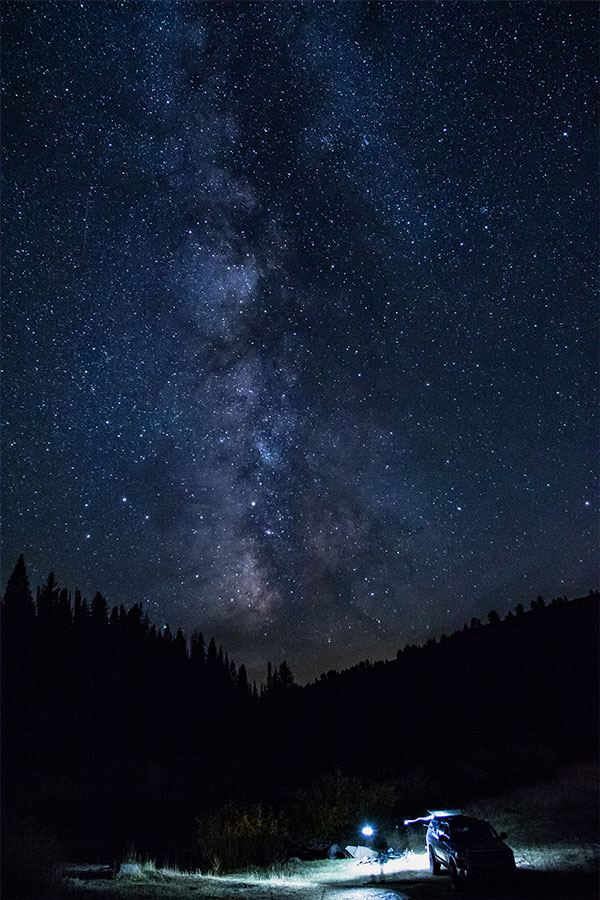 If you’d like to follow along with more Luke Nelson, Brian Tolbert, or Hunter Tolbert adventures, you can check them out on Instagram at @slukenelson, @not.quite.lost, and @htolbert, respectively. 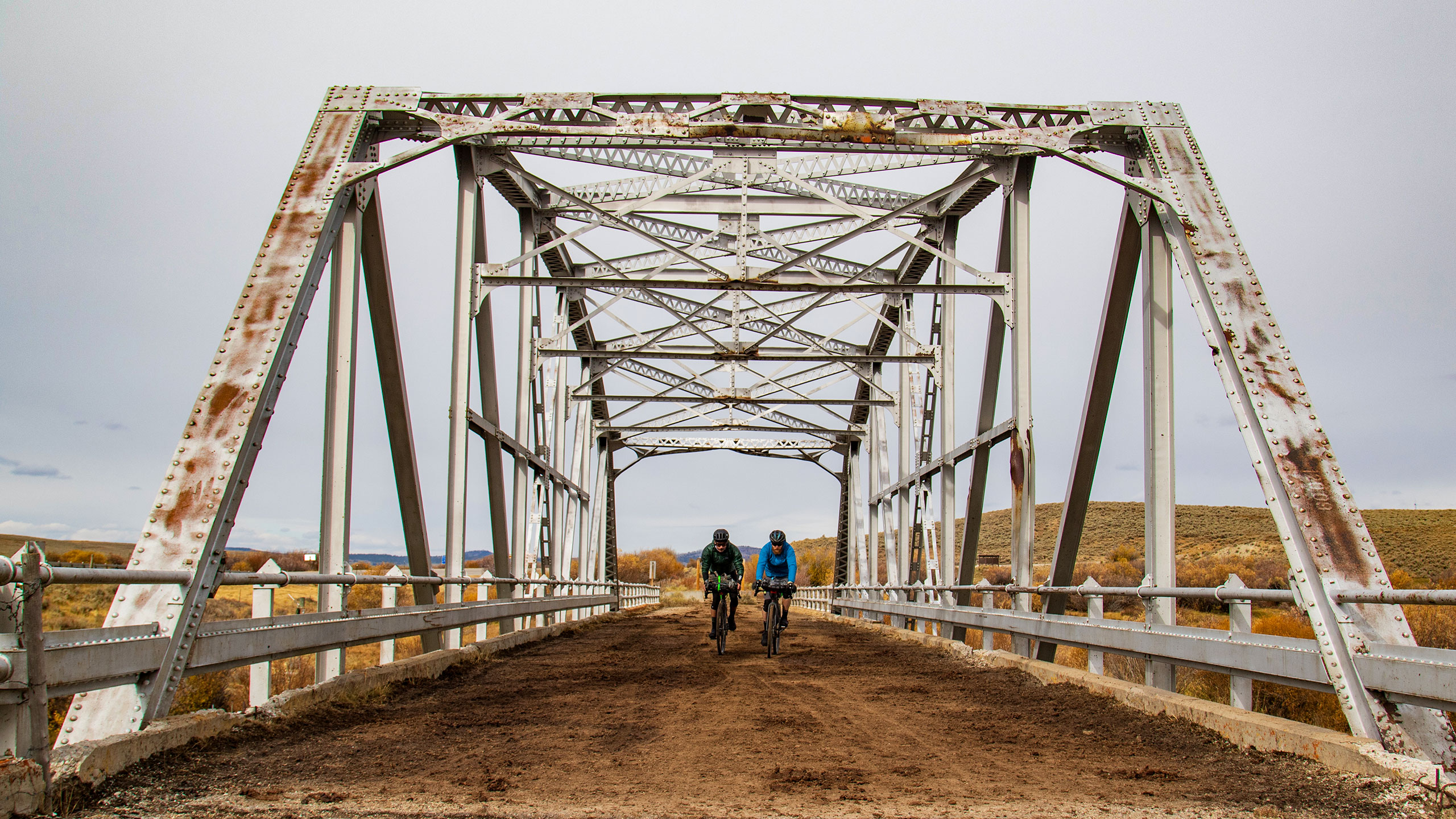 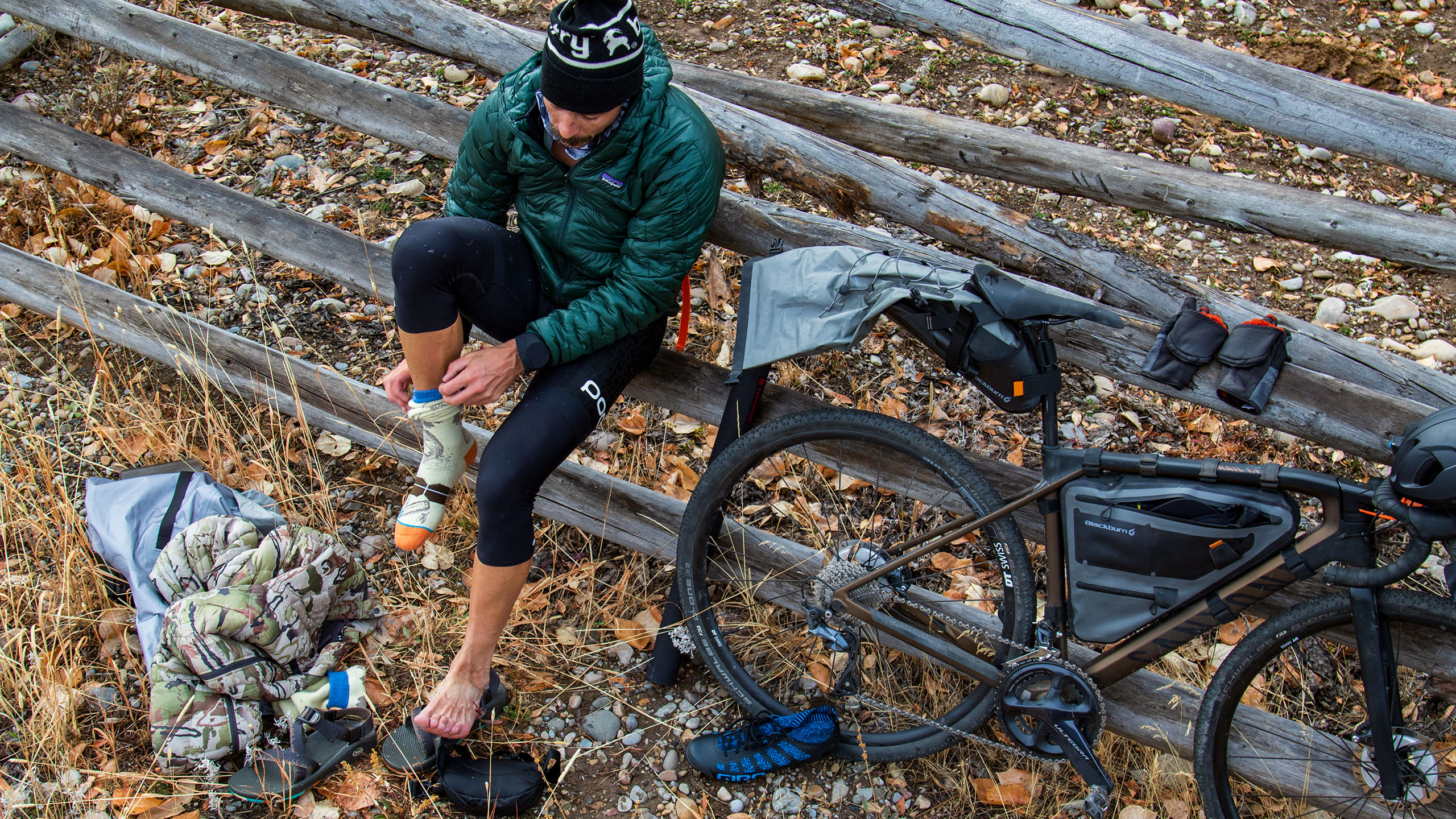 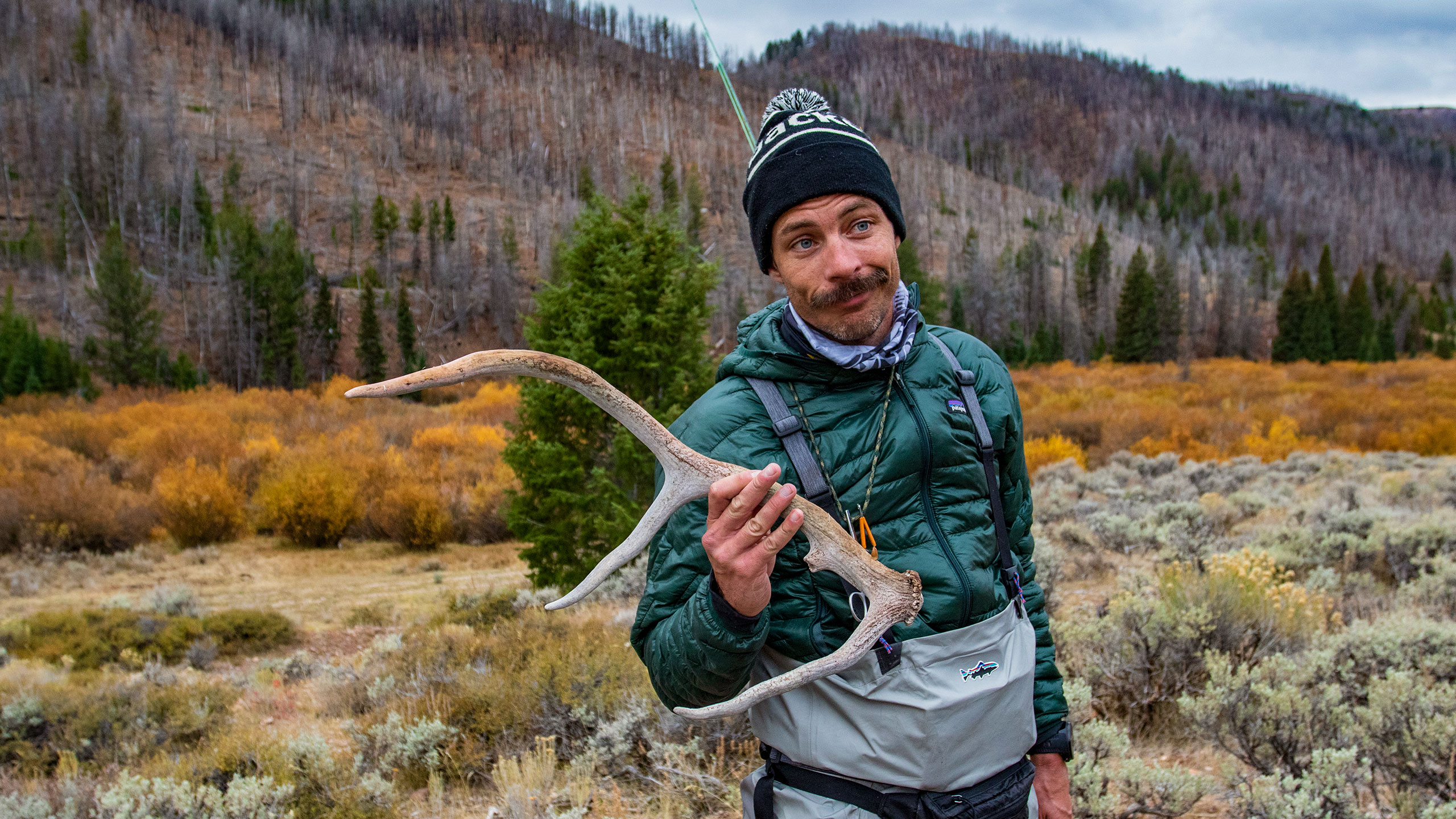 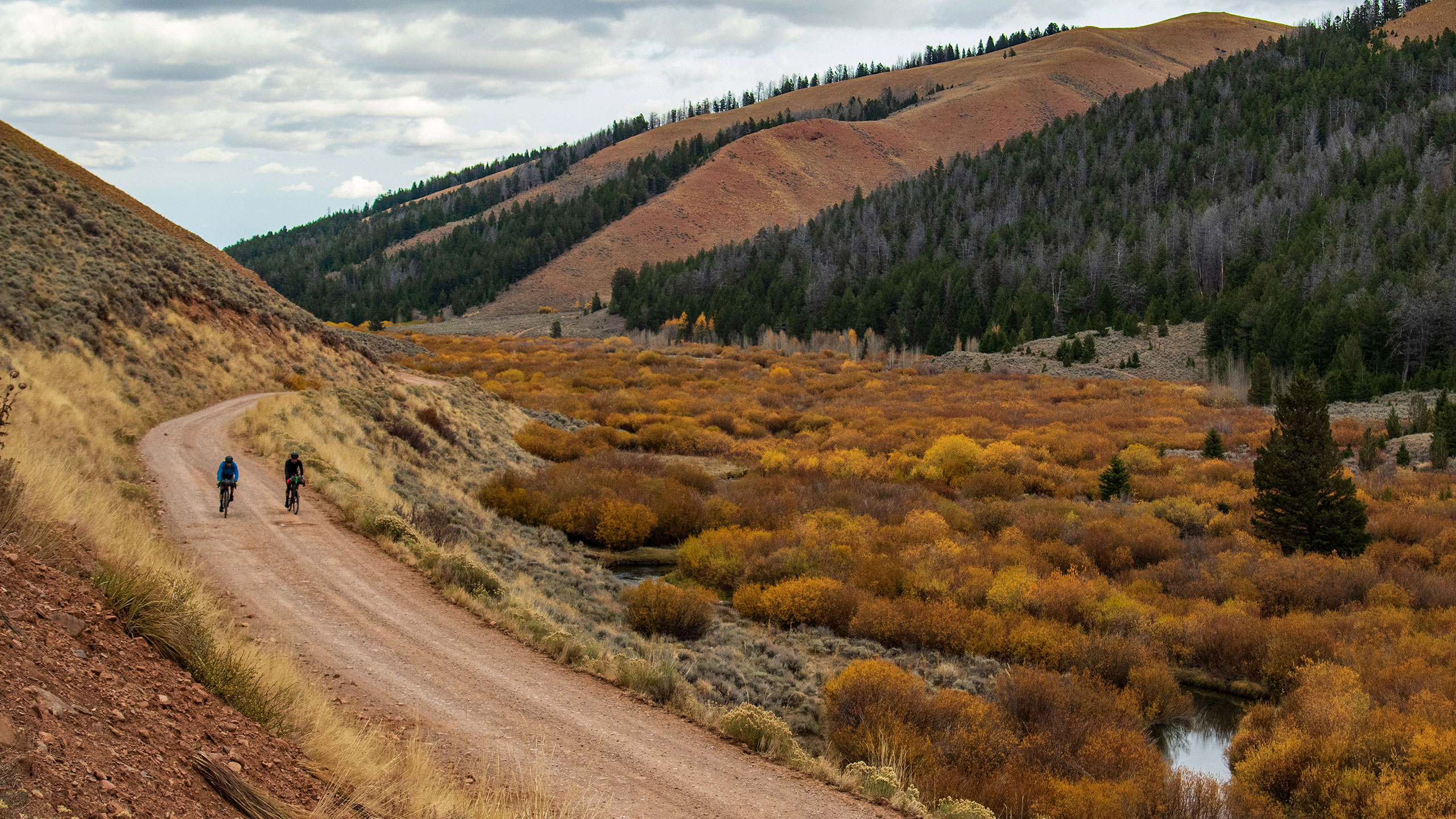 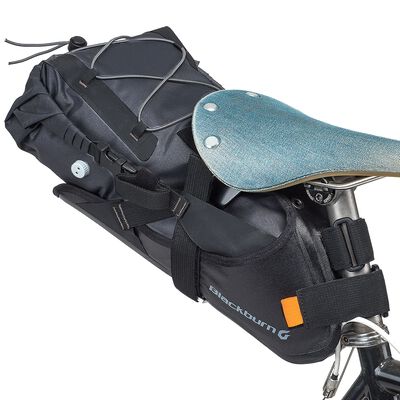 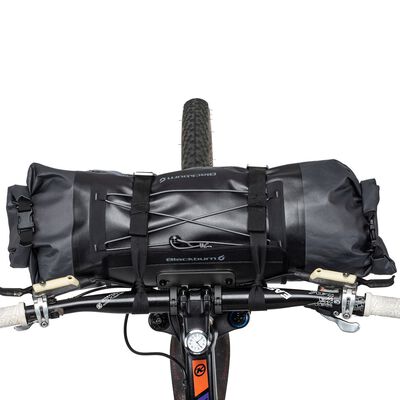 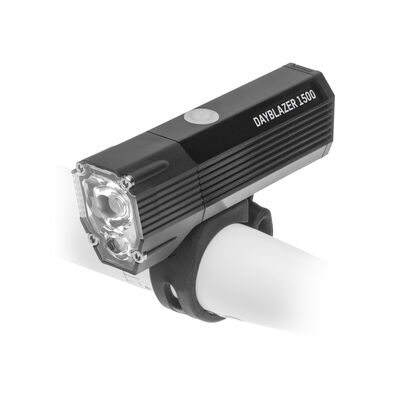 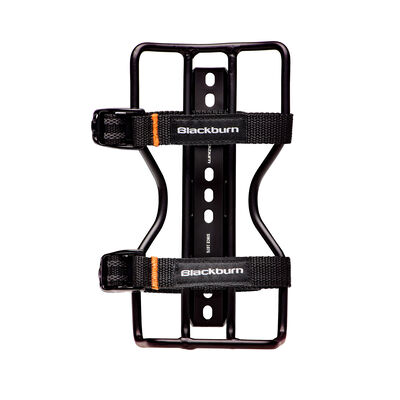 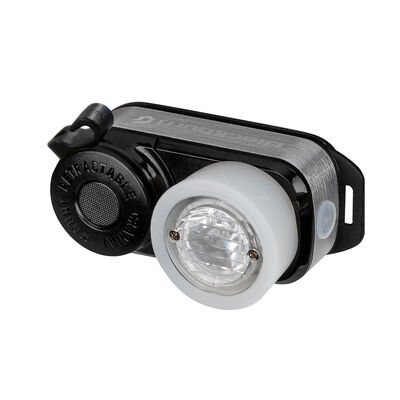